Southeastern Expeditions on the Wild and Scenic Chattooga

Every now and again we get to write about one of the small businesses that we love and adore. And today it’s Southeastern Expeditions.

Southeastern Expeditions is literally one of the first whitewater rafting outfitters in all of the Southeast and the very first on the Chattooga River in Northeast Georgia. They began way back in 1972 after buying all the rafting equipment from the crew that filmed and made Deliverance. The founder, Claude Terry, was a stunt double and consultant for the movie and after it wrapped he decided he wanted to help others experience the Chattooga River. Southeastern Expeditions has been going strong since then and hasn’t looked back in 45 years.

We get nervous talking about the Chattooga River. It is hands down, unequivocally, the best river in the Southeast and one of the top rivers in the country and we want to help people like the Chattooga Conservancy protect it. 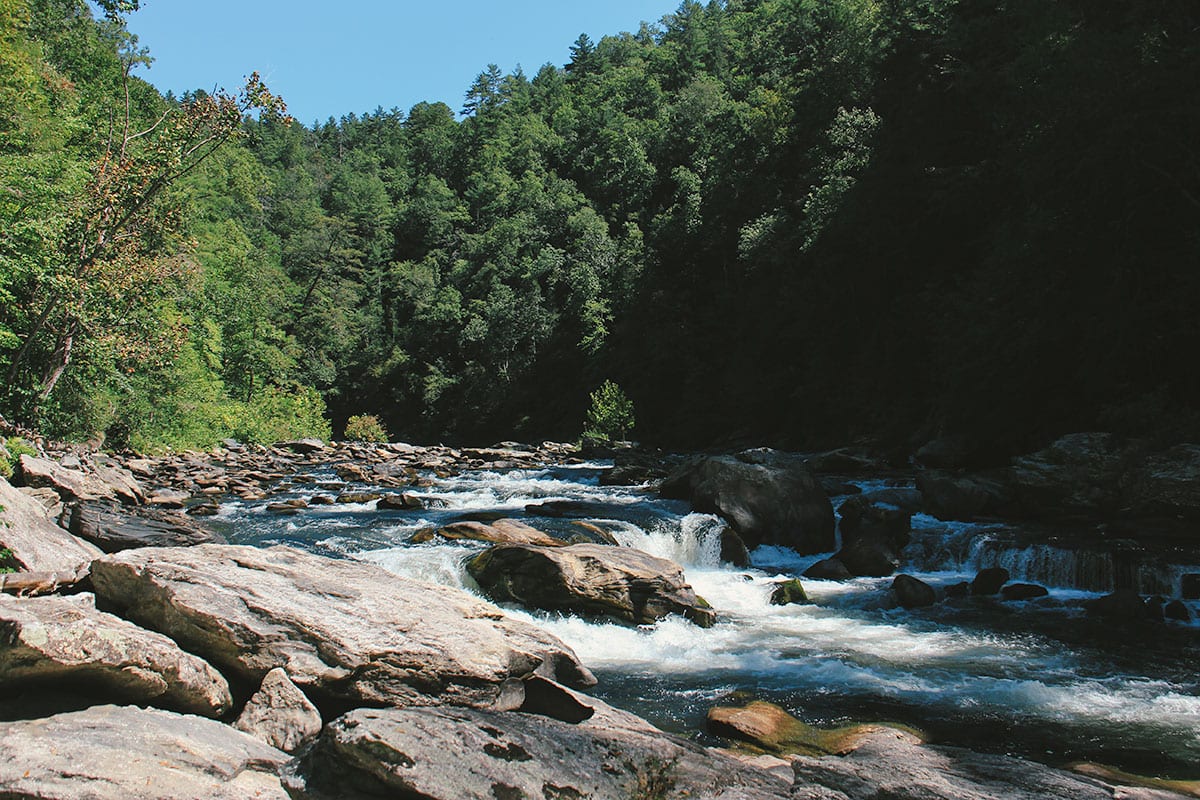 But you need to know a little bit about the Chattooga and why it’s such an important and beautiful river to spend a day rafting on so that you will hopefully fall in love with it like we have and want to play a role in its protection. Its headwaters begin in North Carolina and the majority of the river makes up the border between South Carolina and Georgia. In 1974 the Chattooga was designated a Wild and Scenic River which means there is little to no development on it as over 15,000 acres are wild, undisturbed, and the way they’ve always been. While there are a few other rivers in the United States with the wild and scenic designation, the Chattooga was the first in the Southeast and the only one that is commercially rafted. 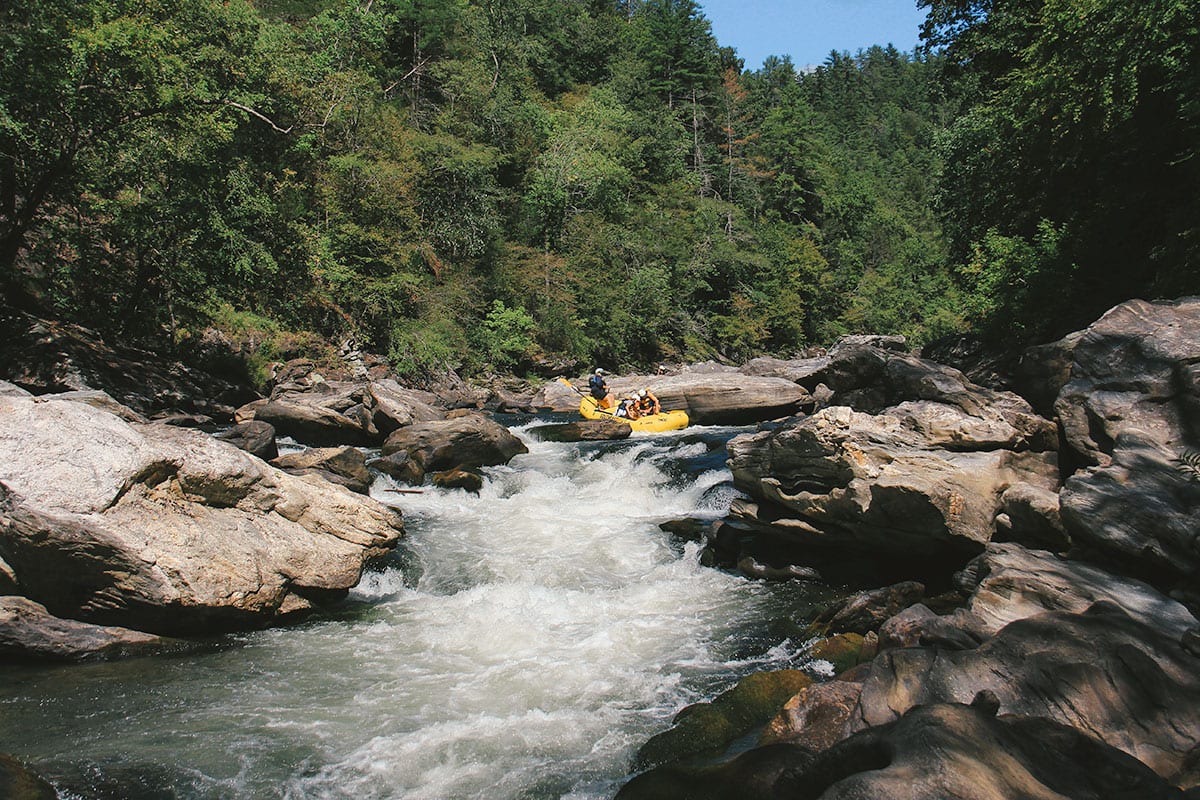 This presents a unique challenge for outfitters like Southeastern Expeditions as they strive to be mindful of the river’s delicate ecosystem and find a balance that allows adventure seekers to find what they’re looking for while simultaneously allowing the river to be the river. Having rafted with Southeastern on multiple trips, we can confidently tell you that they are bent and focused on the preservation and conservation of the Chattooga is an important part of their DNA. One could argue this is the most important thing to look for when choosing a whitewater outfitter but they also offer the best service on the river, from the parking lot to the water. 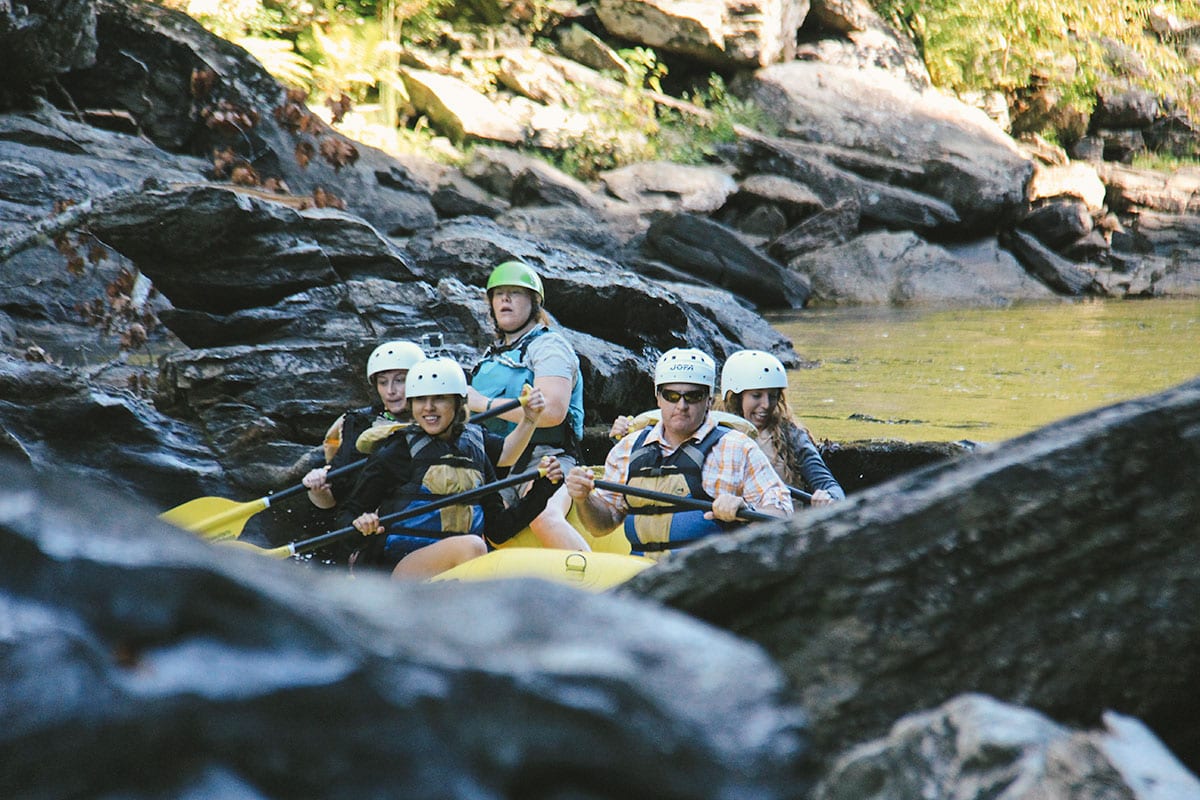 The Chattooga River is broken into sections. The upper sections are open to some of the best fishing in Georgia and North Carolina while the bottom sections are for rafts and kayaks. The lower sections are where all of the whitewater is and where the real fun begins.

Southeastern offers three main trips: rafting on the calmer and scenic Section III, rafting on the wild and raging Section IV, or doing them both and sleeping under the stars on an overnight trip. Both sections are great but Section IV presents the best whitewater in the South and if you want to say you rafted the Chattooga, you’ll probably want to make sure this is the section you put on your adventure resume. 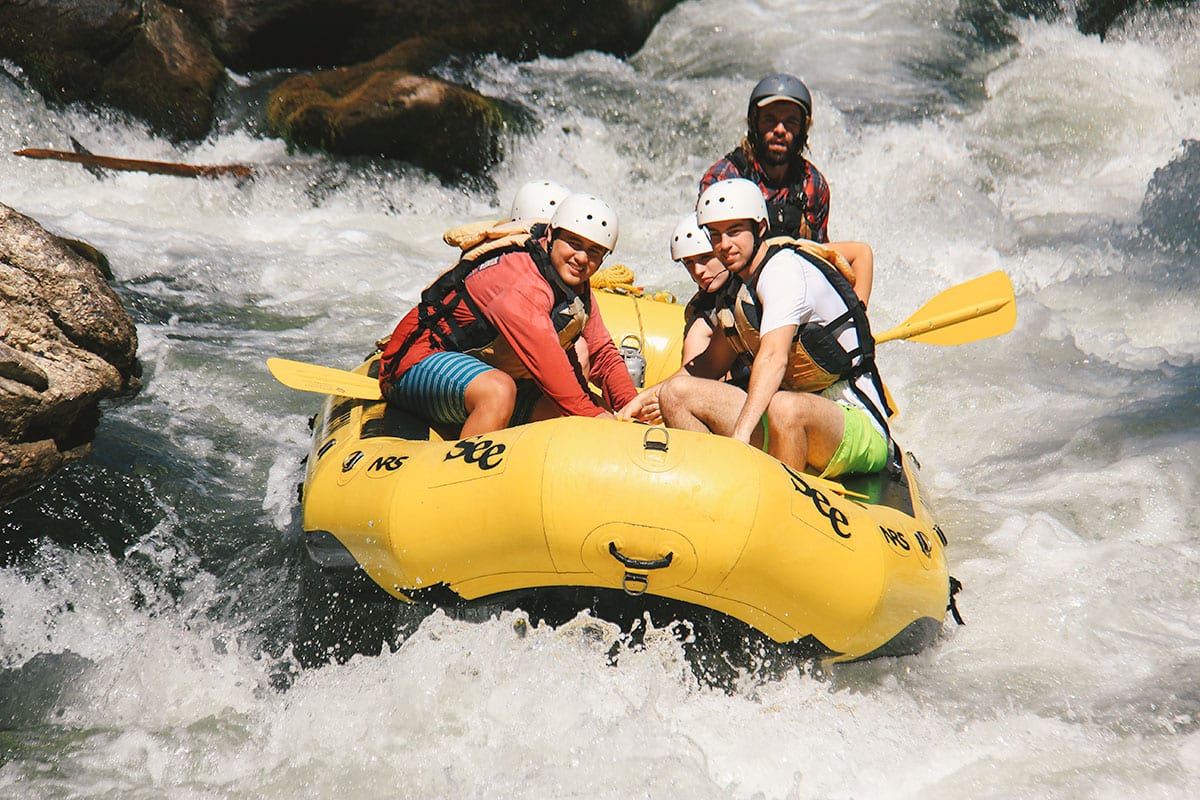 I’m going to primarily describe what you can expect on Section IV as this is the section we’ve done most frequently. The whole trip lasts about 7 hours. Don’t freak out and think you’ll be paddling for 7 hours as some of the time involves your orientation at the outfitters, your shuttle to the put-in spot, and the shuttle from the take-out back to your car. You will also have a picnic lunch provided by Southeastern along a hidden and private waterfall full of sandwiches and fresh fruit. 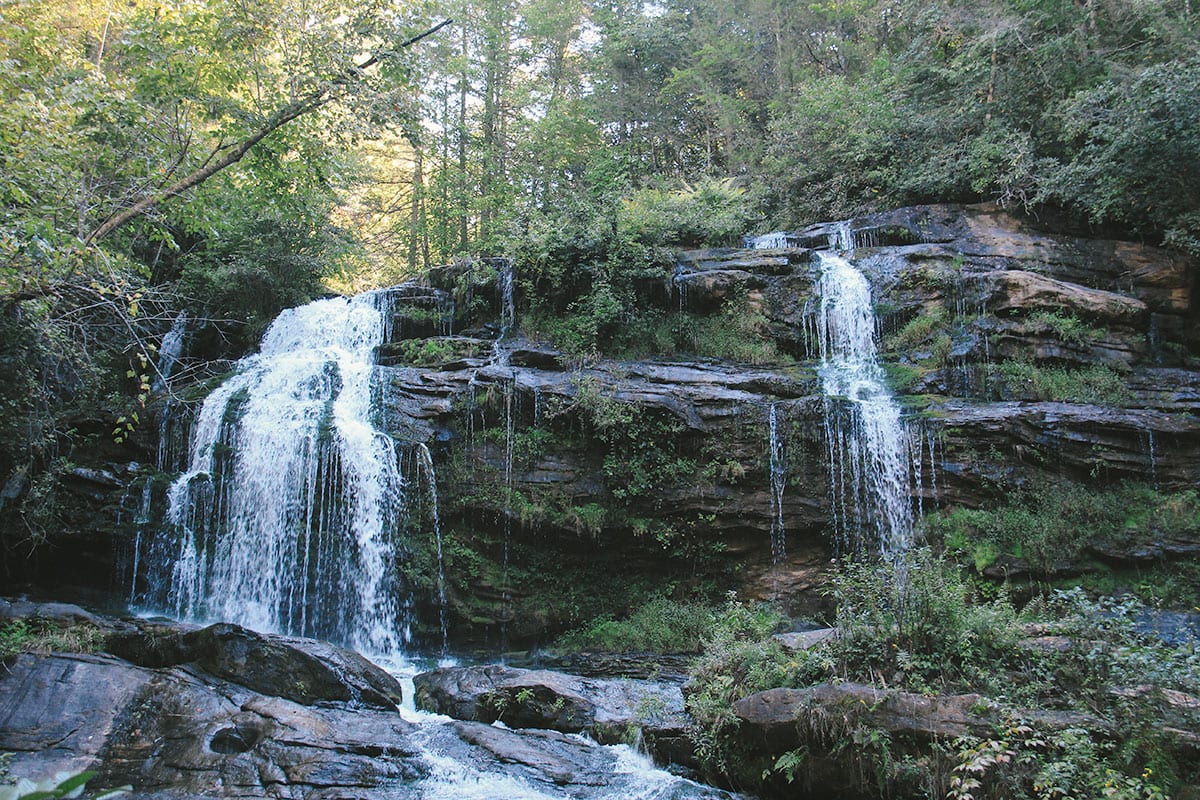 From the time you arrive, you’re in the good hands of the Southeastern Expeditions crew. And since this is sort of a big deal, you should know that they have 611 reviews on TripAdvisor and they’re rated EXCELLENT with 5 stars as the number 1 rated guide on the Chattooga. So when I say they have great customer service, they legitimately do. It’s what Southeastern is known for.

Once they get you checked in you’ll go through a short orientation about what to expect and what to do on the river to have a safe trip. You’ll then board a school bus shuttle with your crew and head for the put-in on the river.

Section IV is broken up pretty evenly between flat water and full-on whitewater. The whitewater is short, sweet, and will have you pinned to the raft. But the river gives you a chance to recover and level out in the flat water just long enough to regroup before you take your next run.

You will have a guide in your boat who will walk you through each rapid and the strategy your boat is going to take in approaching it. If you’ve been around whitewater rivers much, you know guides can sometimes get stereotyped. I think most people think they all talk and look like this little dude. And while some guides can use river slang and words that you can’t make out, let alone understand, the majority of them are super smart, take their craft very seriously, and want to make sure they get you from Point A to Point B as safely as possible while getting you in positions to have as much fun as possible. So listen carefully as they “guide” you through what is happening and why it’s happening. And if you have a great trip, do not be shy about tipping them for your experience. 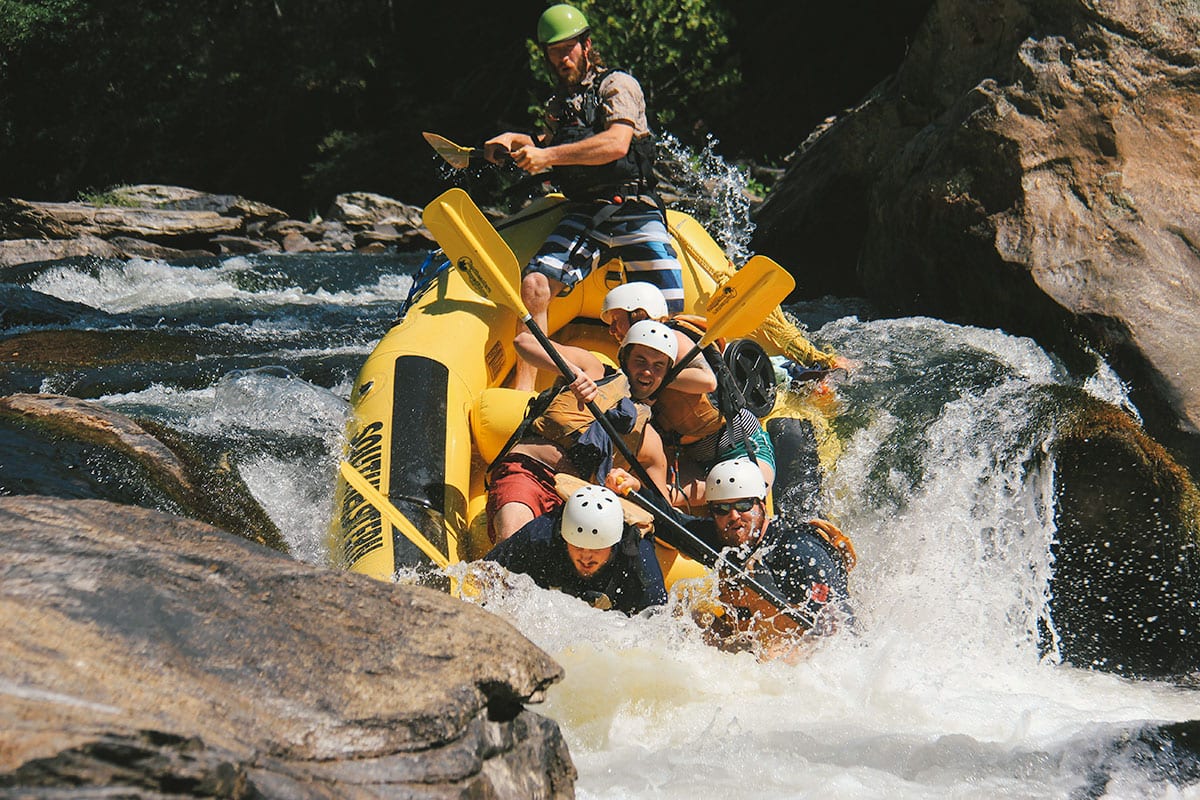 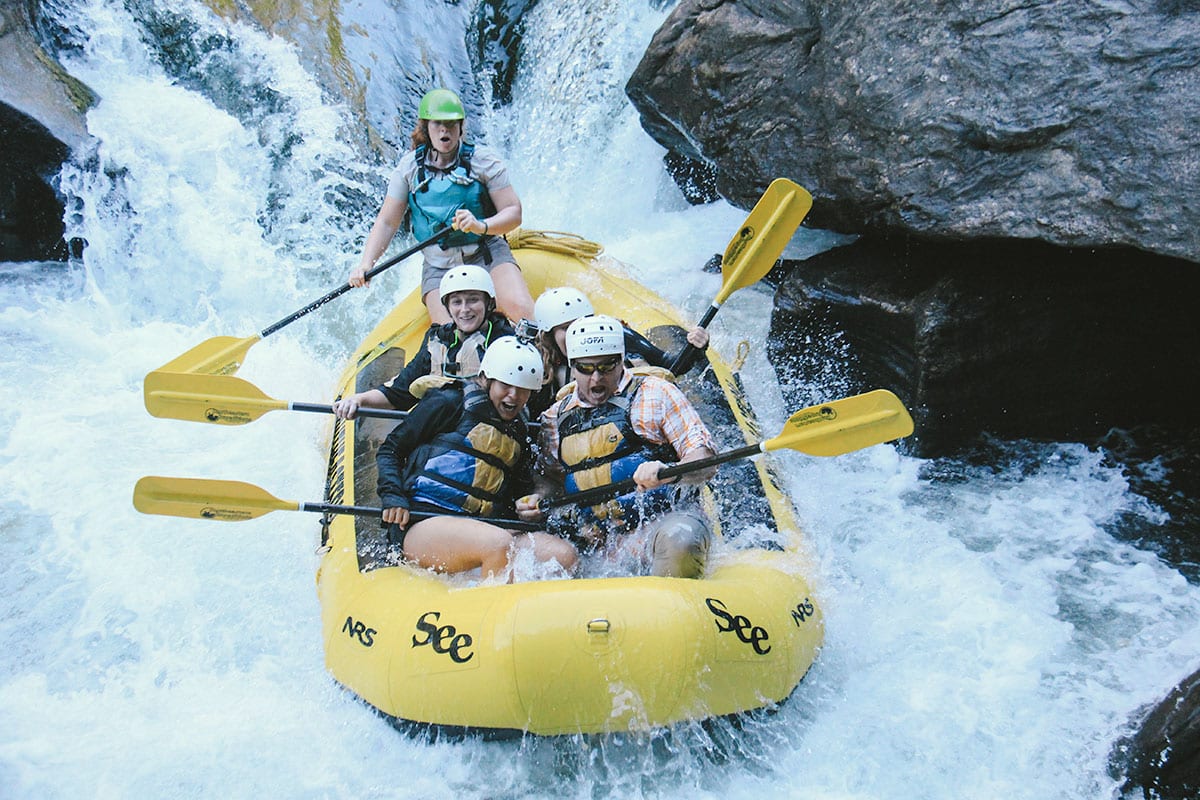 The highlight of Section IV on the Chattooga River is Five Falls which is literally as you might imagine a series of five falls back to back that are all class IV and above. Falls on whitewater are given class grades based on their difficulty with class IV and class V rapids being some of the hardest (also the most fun). So this is the best and most intense part of the trip. Five Falls will have you laughing and smiling the whole time when you’re not holding on for dear life. These five rapids end with the famous Soc-em-dog rapid and after running these five falls in a row, you will intimately know why Southern Living named rafting the Chattooga River one of the top 40 things every Southerner must do. 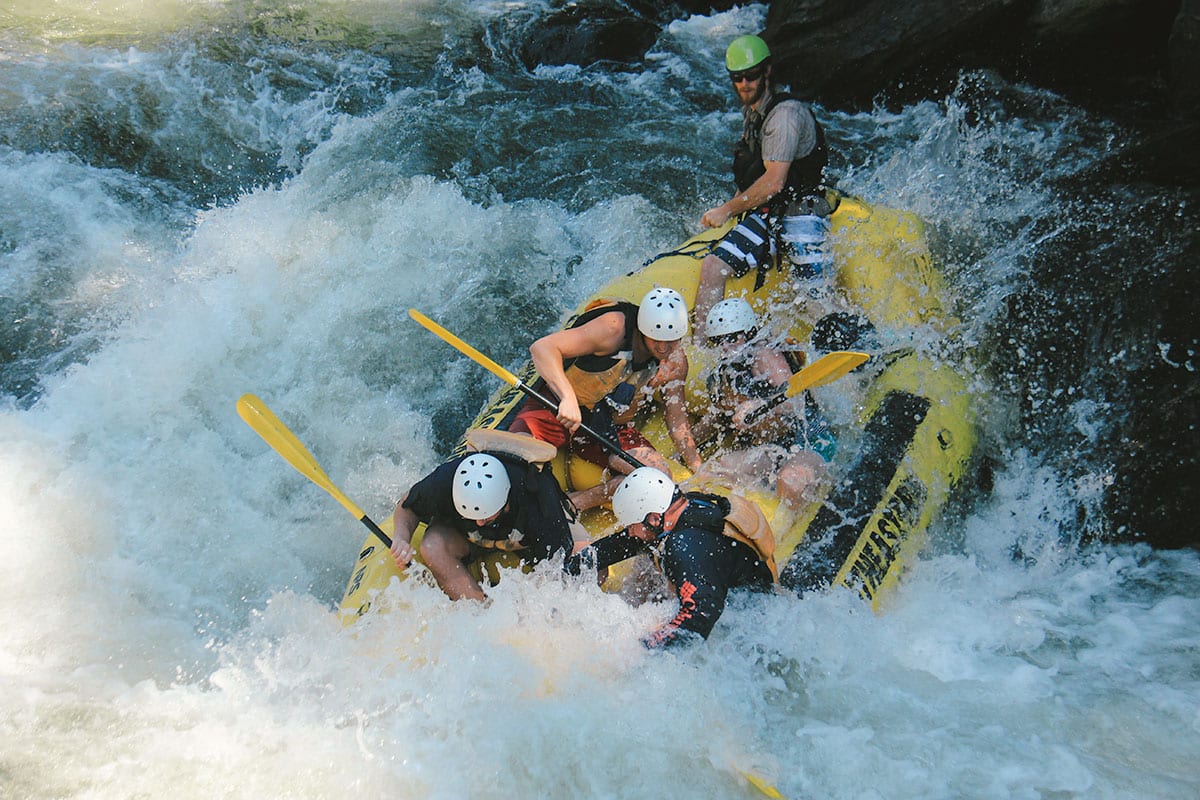 Rafting on the Chattooga River is a must-do. Especially if you live in Georgia. From Atlanta, you’re less than 2 hours away. Rafters and kayakers travel from all over the country to raft the Chattooga and we’re lucky enough to have it in our backyard. So make sure you push this trip and experience up towards the top of your bucket list. And if you decide to raft the Chattooga River, make sure you do it with Southeastern. There is a reason why they are the best of the best at what they do.

All photos provided by Southeastern Expeditions on our whitewater rafting trip. 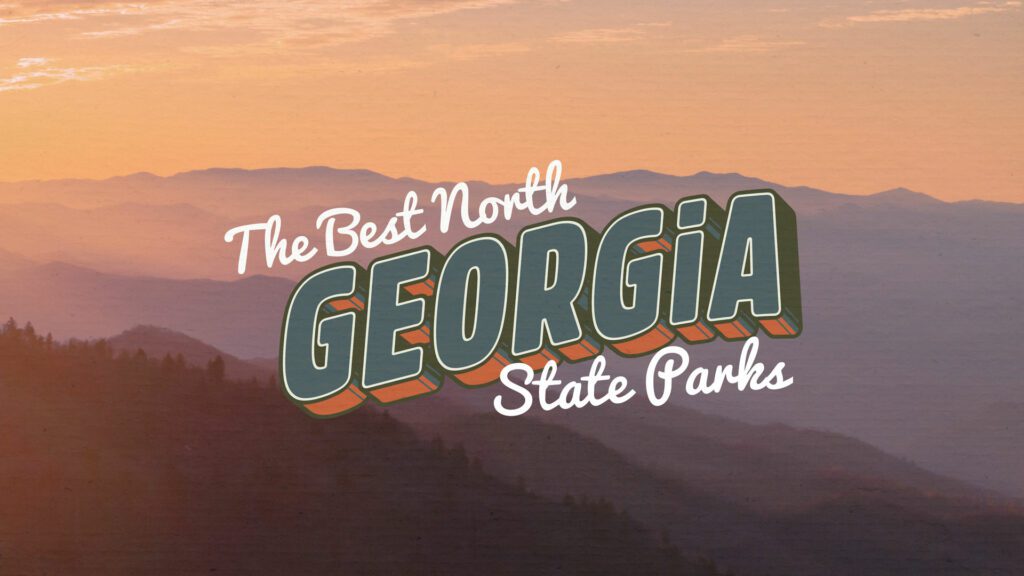 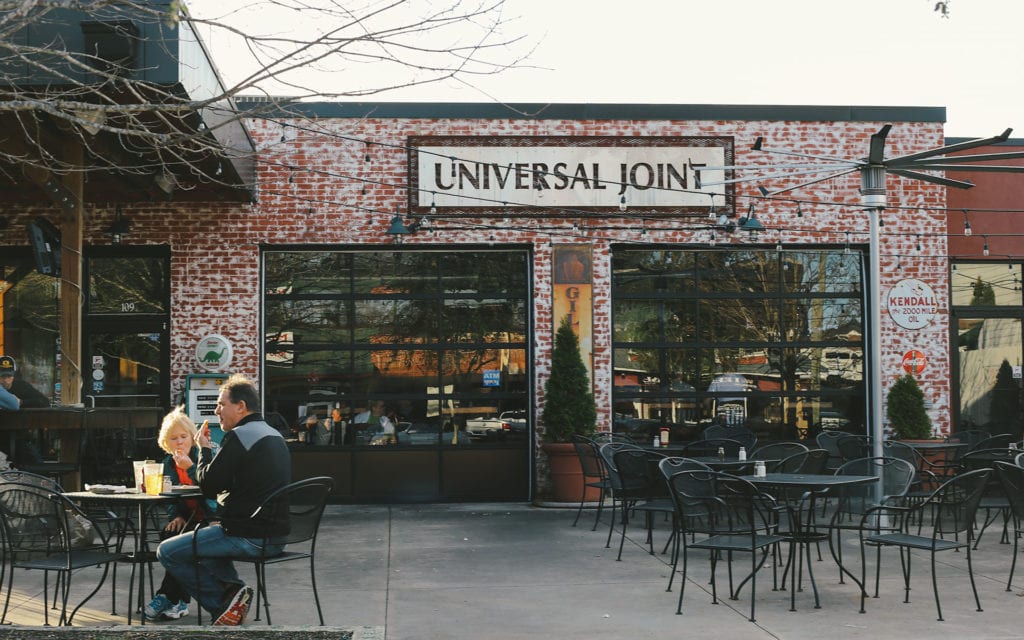 The U-Joint: North Georgia Goodness All Year Round