I recently got the opportunity to dig into and read the book Black Faces, White Spaces by Carolyn Finney. As someone who has grown up around the outdoors my whole life and am now fully immersed in the outdoor lifestyle with a small business to go along with it, I was eager to read this book and listen to a new perspective.

Finney’s book shares the history of the outdoors and how black Americans in specific have interacted with it. You don’t have to travel or look far outdoors to see that black Americans are underrepresented when it comes to nature, conservation issues, and outdoor recreation on public lands.

Finney comes from a strong academic background so her book primarily approaches the subject from that perspective. The book doesn’t quite read like a text book, but it’s not an easy read either. She builds her argument and thesis like the professor and PhD she is. Her book is filled with notes and parenthetical documentation that shows she’s not just describing her perspective as a black woman in the outdoors, but shows her conversation with a long historical tradition about who could and should have access to outdoor spaces. It’s not a critique of the book, but just know that it’s not a leisurely read. Nor should it be. It’s weighty and heavily sourced forcing you to put it down often to think through and process what you just heard. Each chapter as well serves as a stand alone on specific topics. Although they all tie together and build on and play off each other, I highly recommend reading one chapter at a time and letting her insights for each one sit with you for a minute before approaching the next chapter.

I will also go ahead and be completely up front. I was/am fairly naive about the black experience in the outdoors. But I was/am also pretty willfully ignorant. As I read and listened, I was surprised at some of the stories she told and then I was simultaneously not surprised. At all. The truth is I have had a strong hunch all along that the outdoors weren’t experienced the same by everyone. I’ve had friends and family members tell me that they don’t feel welcome in the same places that I feel welcomed. Even as I considered myself an ally (more on this later), I had a massive blind spot in thinking that the same access and spirit of hospitality of the outdoors would welcome everyone the same way. What I have learned and had reinforced is that this simply is not the case and you don’t have to look far to see the evidence.

That’s been the great thing about the outdoors for me and my life – is that when I’ve needed it, the outdoors always been there for me. This fact is such a huge part of my life that I have absolutely taken it for granted. If I want to go for a hike, camping, fishing, get on the lake, or even just take a leisurely drive through the mountains, I think about nothing else except the gear I’m going to bring and how quickly I can get there. I carry no anxiety or stress about my safety or whether I will be welcomed. The most I have to worry about is coming across a bear or having a medical emergency that I’m not prepared for.

Finney’s book begins by explaining that she’s never been able to take any of those experiences for granted. Not only does she have to worry about the gear to bring and how to stay safe from wildlife and the elements, but how to stay safe from other humans who are in the same spaces. She recounts her experience growing up on a huge 12 acre estate in New York. Her family were caretakers of a huge piece of property in an area of the state that was primarily made up of second homes with the owners only visiting on holidays. She would spend her free time catching turtles and visiting the pond on the property. And yet she was also different from her white friends who lived nearby and explored the woods and public lands around them. From having the police stop her on her walk to and from school to her family caring and nurturing the land for 50 years yet being able to claim no ownership.

From here she begins to move the conversation off her personal experiences and starts centering and layering in the history of black American leadership in the outdoors.

She shares about MaVynee Betsch who spent the latter years of her life trying to prevent development of American Beach by outside developers. During the time of segregation and the Jim Crow era, black Americans were not allowed to swim at beaches in Jacksonville so Abraham Lincoln Lewis created American Beach for black Americans so that they could feel safe and enjoy nature in the same way white Americans could. MaVynee Betsch was Lewis’ granddaughter and returned to the beach in 1977 and fought to preserve it’s history.

She talks about John Francis who walked across America for 22 years and didn’t speak for 17 of those years in an effort to draw attention to environmental devastation.

She talks about Sir Lance Lancelot Garfield Jones who lived in the area of what is now Biscayne National Park in Florida and how his life was full of conservation efforts before donating his land to the National Park Service so that it could become part of the new park.

She shares the story of Robert Stanton who was the first black Director of National Park Service after 25 years of service and how just 6% of his peers in the parks are black.

She makes the point that we all know the names of John Muir and Henry David Thoreau and Teddy Roosevelt. But we so often do not know the history of others who have fought and articulated a passion for the outdoors and conservation in the same way.

And this is just the history of black leadership in the outdoors and how their leadership and voices have been forgotten or minimized.

The bigger conversation in her book deals with is how most black Americans just don’t feel safe or comfortable going to the same places that I do. A good example is that 70% of the country identifies as white, yet collectively minorities only make up about 20% of National Park visitors. Finney proposes that this happens for a variety of reasons. Particularly how the “woods” for a lot of black Americans, and especially during the Jim Crow era, often meant you were out of the sight of help and would have few options for obtaining it should you need it. She also discusses how the lack of representation in ad campaigns, marketing and promotion materials at parks, and positive historical examples (as mentioned above) subtly and not so subtly reinforce the idea that you won’t find people who like you do if you go outdoors.

Throughout the book, she reinforces each historical example with numbers and facts. From the lack of diversity in park rangers and national park staff to how disproportionately black models are used by national outdoor brands in their advertisements. It really is a sobering look at how quickly and easily a space that we should all be able to enjoy and access on the same terms can feel unwelcoming.

As the book progresses it becomes awfully hard to ignore the data, researched history, and experiences she lays out. I really should write a review of each chapter as there is enough in each one to unpack each topic . . . Representation, Fear and Safety Issues, Conservation, Historical Examples.

But I feel really inadequate even writing this review. One, I suck at book reviews going back to my high school days. And second, I don’t feel equipped to intelligently recap the data and evidence that she systematically provides. I’ve honestly thought about just deleting everything above and leaving my personal reflection that is below.

What I will try to end with is what I learned personally.

Black Faces, White Spaces, to me, is the most compelling argument I’ve seen made about how the outdoors have either intentionally (by some) or inadvertently (by some) become almost exclusively white spaces. I consider myself an ally but the hard reality for me is that despite not doing things intentionally to make the outdoors feel exclusive, I have inadvertently done a lot that reinforces that feeling for a lot of people I care about. So I’m not sure how much of an ally I actually am beyond name only.

I know a lot about Muir and Thoreau and have long considered them heroes – although I’m now learning that maybe Muir is way more complicated than I care to admit as As Long As Grass Grows is teaching me. I have read and celebrated white explorers and conservationists most of my adult life while flat out ignoring the stories of black Americans who have the same wandering spirit and display the same care of the land that Muir and Thoreau wrote about.

As I sat by my favorite river on my “secret beach” reading Black Faces, White Spaces, it hit me in the face like a ton of bricks that this space was available to me in a way that isn’t available to everyone else. The irony and contradictions of that moment as I sat and tried to educate myself in a space that had dozens of white people swimming, laughing and playing while not seeing a single black face showed just how privileged these spaces had become for me.

What I am learning is that in the same way that I need to be anti-racist (not just not-racist), I need to be actively inclusive. I have got to quit being so damn apathetic and passive about things and assuming it’s up to someone else to fix and figure out. As a person who gets to enjoy these spaces freely and at will, I have to find a way to live out my values of hospitality and inclusion in the spaces that I love as my own so that everyone will feel welcome. We’re staring to do some things and put things into place at Wander that we believe will play a role in making the North Georgia outdoors more inclusive. But before it even makes its way to our small business and brand, I have to embody those values in my personal life. It begins and ends with me.

If you love the outdoors and want to be a better ally specifically in the world of outdoors and inclusion, I highly recommend this book. It is the best book I have read on the topic and challenged me in ways that I believe will stay with me and have me wrestling with for a long time. Like I mentioned it’s not the easiest book to read due to it’s more academic tone but if you give it your time and humility and have a little patience, Carolyn Finney will teach you something that you didn’t know. Or that you knew and have chosen to put on the back burner.

I know it snapped me out of that.

Be sure to check out our Recommenced Reading list below. 100% of the profits will be donated to the Black In Appalachia non-profit which focuses on telling the stories of under represented black voices in Appalachian history.

If you would prefer to purchase Black Faces, White Spaces or any of the other recommended reading from a black owned bookstore, please consider shopping locally with Medu Bookstore (in Atlanta), Onyx Bookstore (in Covington) or The Listening Tree (in Decatur). 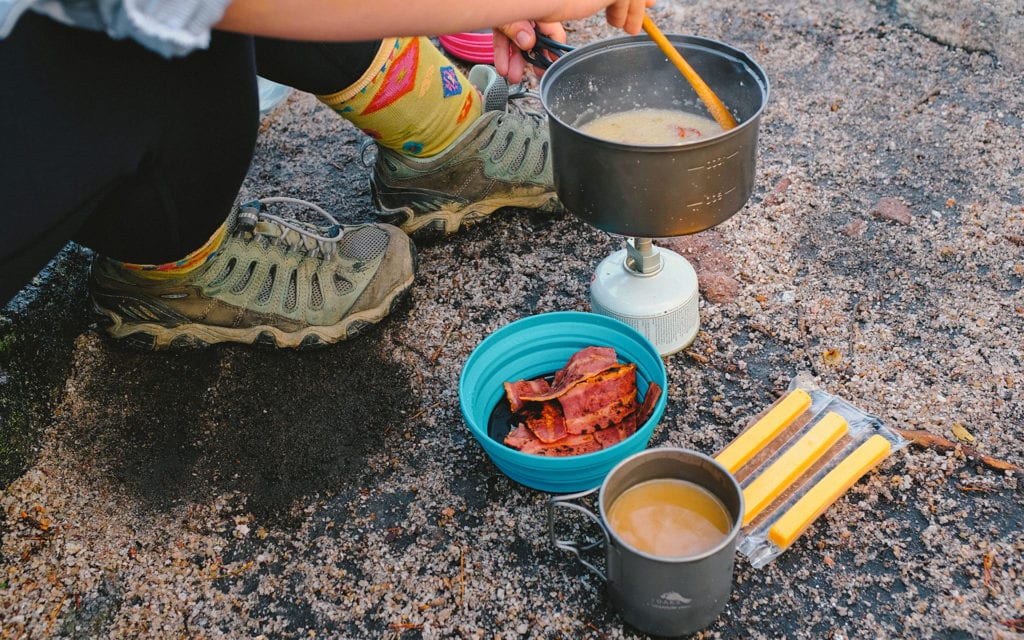 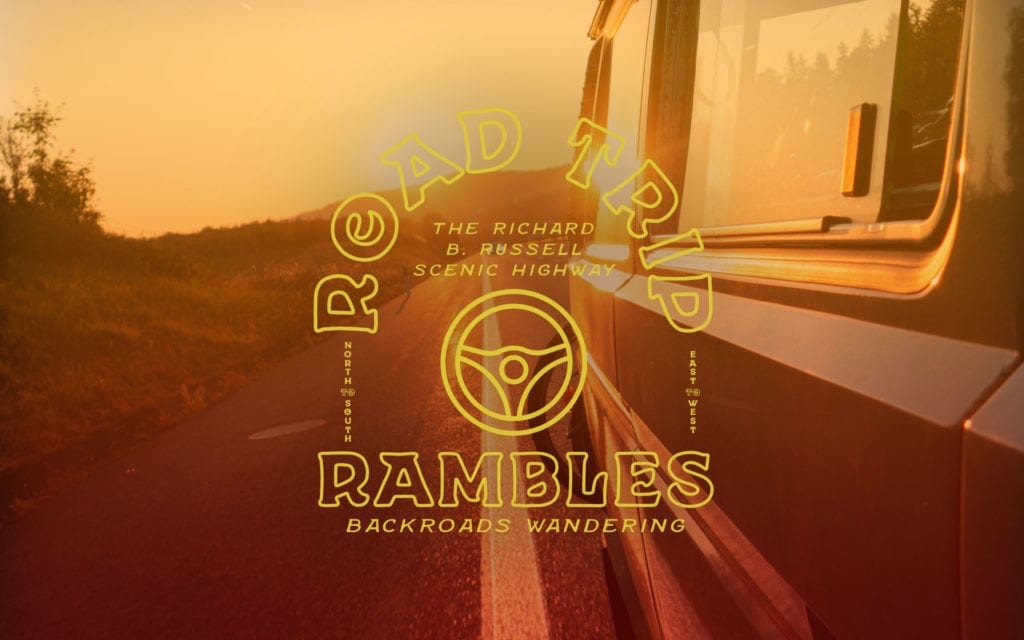 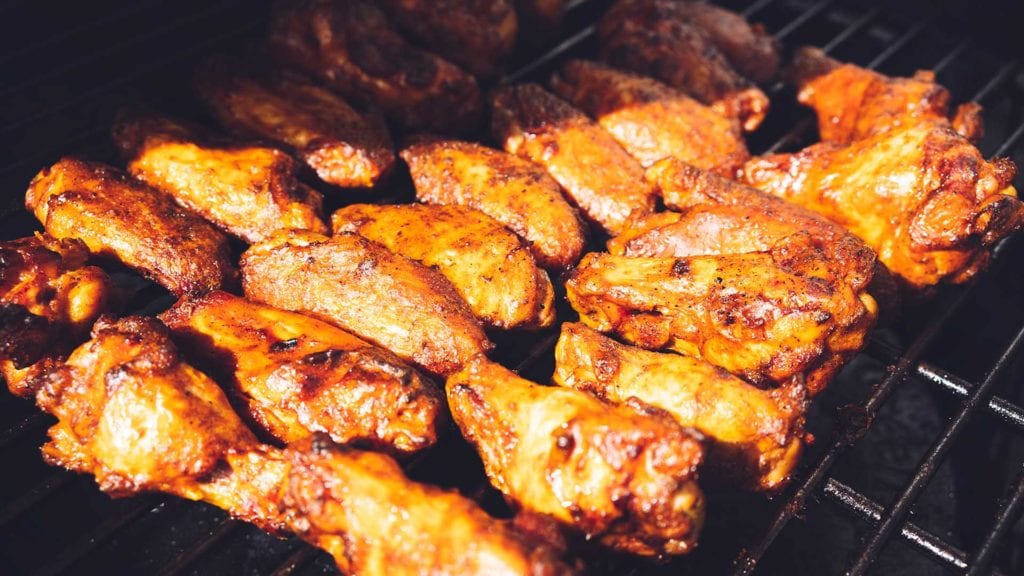