You’ve heard about the 7 great wonders of the world? Tallulah Gorge is one of North Georgia’s 7 wonders. Tallulah Gorge is located on the county line between Rabun and Habersham counties. It is one of the most scenic canyons in all of the southeast and straddles the line between Rabun and Habersham county. It is famous for it’s popular suspension bridge near the gorge floor and it’s multiple viewing platforms across both rims of the canyon.

It has been an active tourist destination for over two hundred years. Originally people would visit on the weekend from the surrounding area arriving by horse and foot. In the late 1800s, the railroad made it to the city of Tallulah Falls which opened up the area to thousands of weekend tourists from Atlanta.

Despite there being access to the gorge floor for years, it wasn’t until 1993 that Georgia Power worked out an agreement with the state of Georgia to establish the Tallulah Gorge State Park. 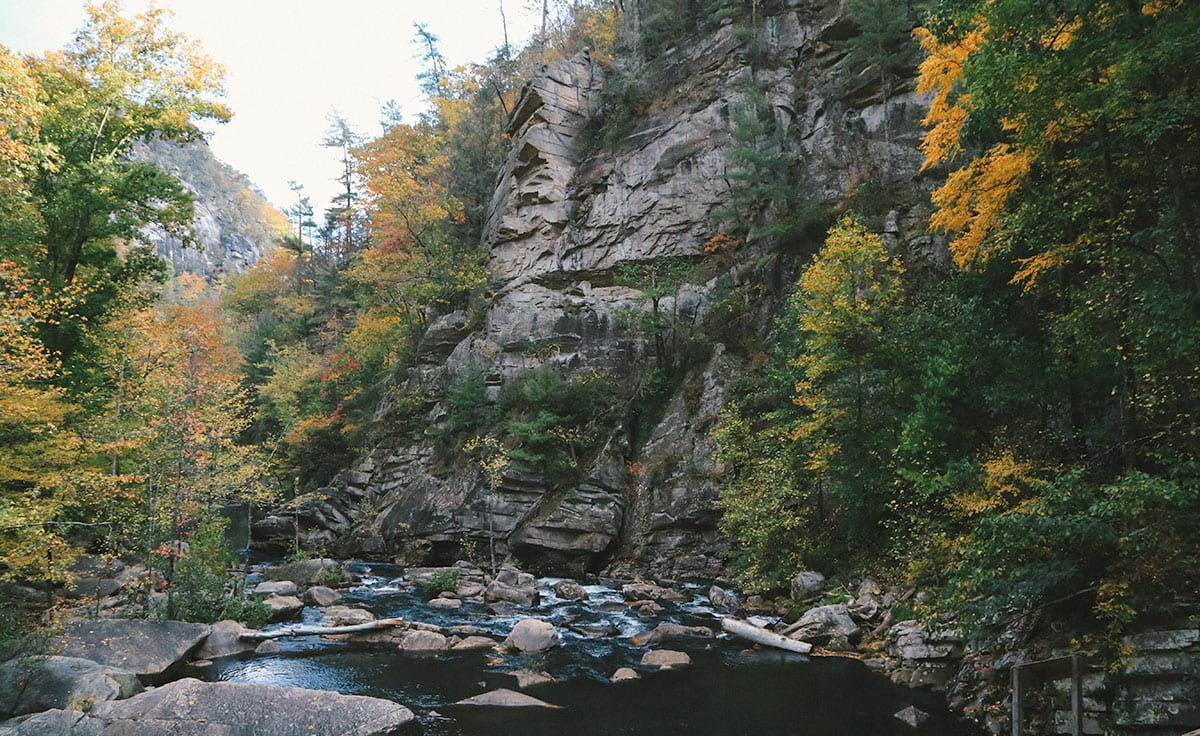 The gorge is two miles long and over a thousand feet at it’s deepest and there are six waterfalls at the bottom. Because of these falls the river drops over 500 feet in one mile. The State Park is also filled with over 20 miles of trails. Our friends at Atlanta Trails have an amazing profile detailing the various trails within the park, their corresponding difficulty and the pay-offs of each. But the most popular hikes are the Hurricane Falls Trail which takes you down to the suspension bridge and the North Rim and South Rim Trails.

Be warned, the Hurricane Falls Trail involves over 600 stairs to the bottom. And once you get down, you have to get back up that same number either to the North or South rim. So bring some good shoes and plenty of drinking water, especially in the summer. And don’t be modest. If you want to stop and lay on the ground while complaining about how you shouldn’t have let your friend talk you into the hike, you should do it.

You can also go down to the Sliding Rock Trail on the Gorge floor but because of it’s difficulty they only allow 100 permits a day. During weekdays and winter months, you can get there anytime within the first couple hours of the park opening and be guaranteed to get a permit. There are even some days where there are permits left over. But in the summer, you want to get there as close to opening as possible as the permits go fast. The Sliding Rock is true to it’s name and there is a small pool at the bottom you can swim in. 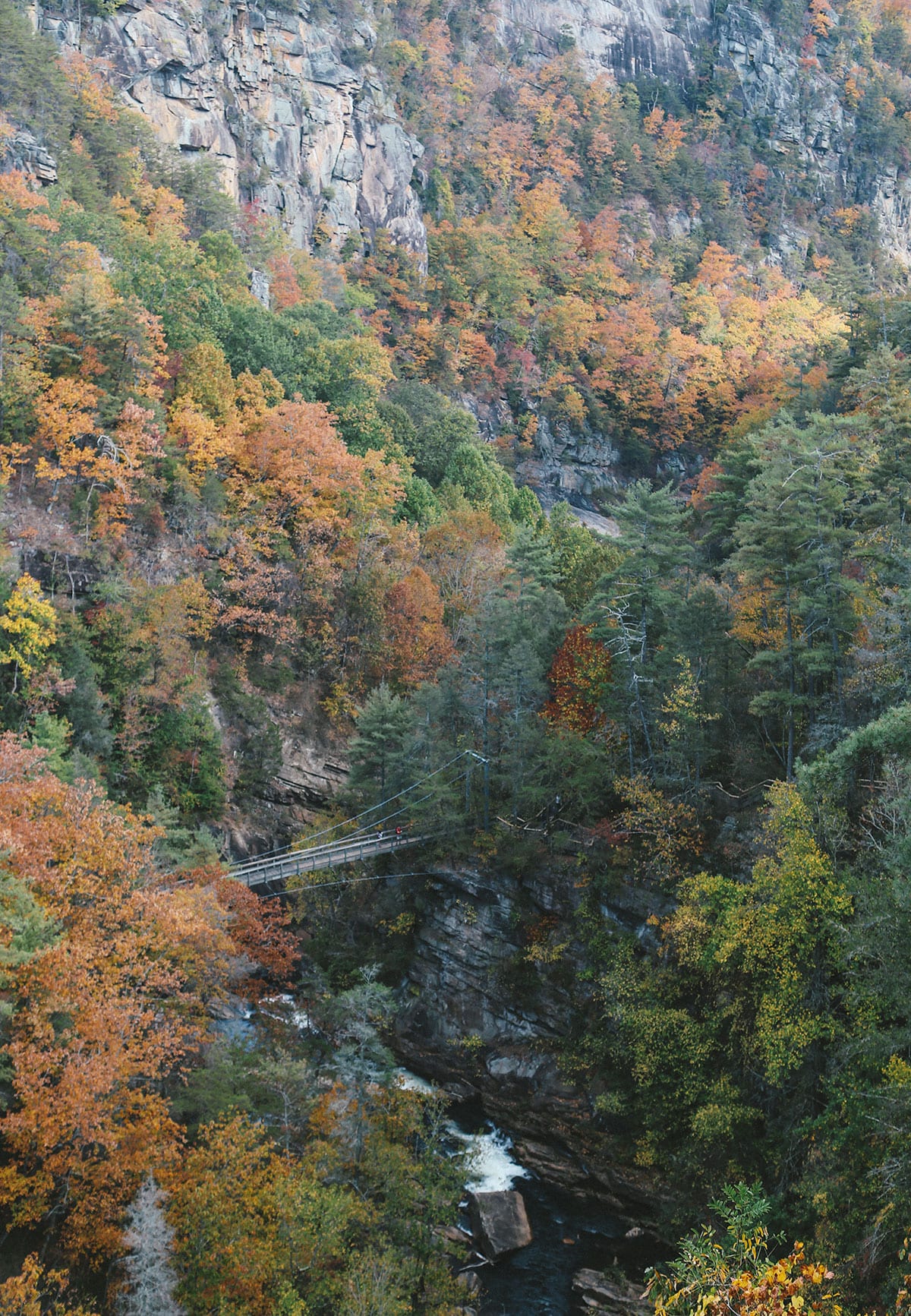 Tallulah Gorge State Park is one of the more active Georgia State Parks with their events. They routinely do full moon paddles on the nearby lake, guided moon-light hikes down to the suspension bridge, sunrise hikes and more.

They also do five whitewater release weekends every year where they let the dam open and return the river close to it’s full flow state prior to the dams being installed by Georgia Power. These are usually the first two weekends in April and the first weekends in November. The River normally flows at 35-40 cubic feet per second, but during the releases, it picks up to 500 CFS on Saturday and 700 CFS on Sunday. This attracts whitewater kayaks from all across the region and country as they get to run the river at maximum flow.

They also do aesthetic water releases throughout the year where it flows at 200 CFS. These releases can be viewed from the suspension bridge and are listed on the Tallulah Gorge State Park website.

Another interesting thing about Tallulah Gorge is that a pair of peregrine falcons have returned over the last few years to nest in the rocks at the park. They originally appeared a couple years ago and it was the first time in almost 75 years that a peregrine falcon nest had been seen in the wild in Georgia. 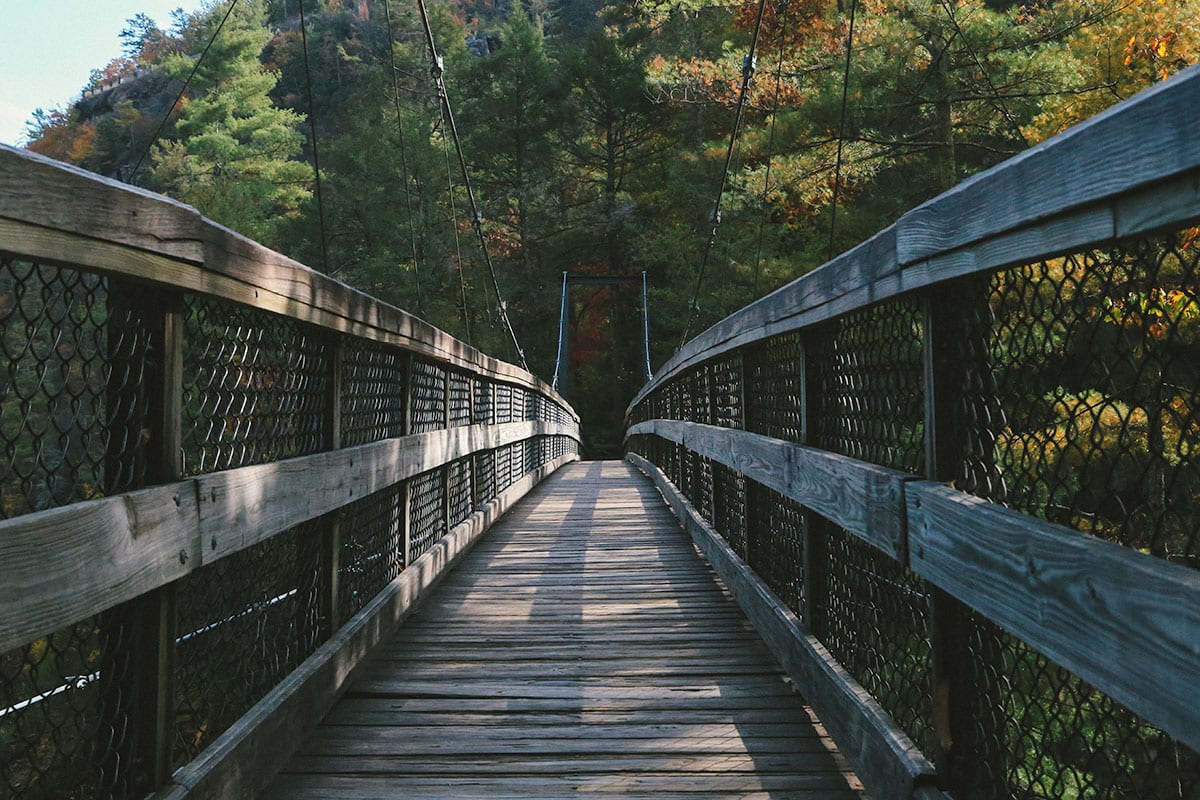 We don’t have an official North Georgia bucket list (yet) but if we did, Tallulah Gorge would have to be at the top of the list. Not only does the park boast one of the most scenic views in all of the southeast, but with miles of trails, camping, gift shop, swimming beach, sliding rock, whitewater rafting, suspension bridge and more.

An Ode To The Burger Shack 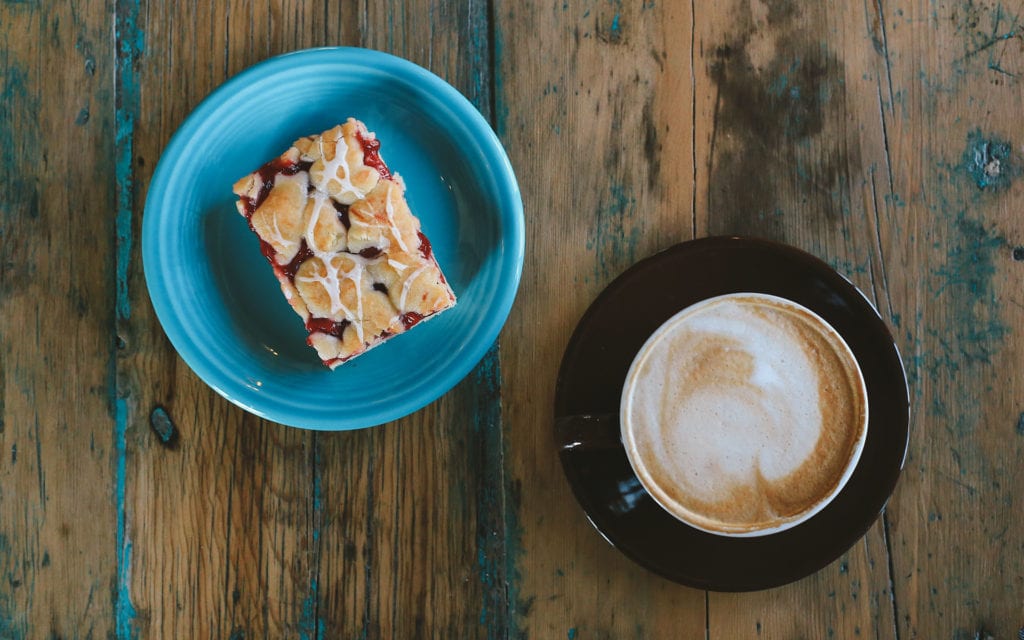