Editor’s Note: As a reminder, we like to keep our reviews of waterfalls short and sweet. We hope you didn’t come here looking for a huge dissertation on why we think one is better than the other or some scientific breakdown complete with water analysis. They are waterfalls. We have never found one we didn’t like. Our goal here is to simply provide you with some photos and to give you our uneducated and subjective thoughts in 5 categories – Ease of Hike, Distance of Hike, Crowds, Options for Exploring, and The View – so that you can make a decision about which of North Georgia’s amazing waterfalls you think might be the best hike for you. We hope these simple rankings and photos help you sort all that out and if not, check out our map for some other options. Enjoy. 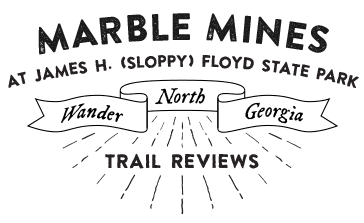 The Marble Mines waterfall trail at James H. Floyd State Park is a family friendly, short and nature filled hike that is perfect for all ages. It is located in Summerville Georgia, which is about 30 minutes from Rome, although it is closer to the state of Alabama than it is to any other bigger city in North Georgia. Because it is somewhat removed from the larger cities, it is one of the quietest state parks we have been to in Georgia. Or really anywhere for that matter.

The park is named after former Georgia politician James H. (Sloppy) Floyd who was born in the area. The park connects to the popular Pinhoti Trail and features 25 campsites, a couple lodges, boat rentals and fishing for their two lakes.

The park features a couple of trails but the most popular is the easy 1.7 mile in and out Marble Mine Trail. This was previously the home to a marble mining operation in the 1960s and 1970s. The hike is relatively short in nature and features very little elevation climb making it an all ages hike and perfect for kids.

We went in the middle of the week and in early November after it had just finished raining so the park was empty except for some rangers doing daily maintenance. We took our time there and back on the Marble Mine trail and didn’t pass another individual the whole time we were there which was a first for us in a Georgia State Park. So if you’re looking for a little solitude, you’d be hard pressed to find a quieter hiker than this.

On the day we went, the trail was literally crawling with life, no doubt due to the rain. We found snails, saw all kinds of tracks, watched rabbits, and jumped 3 deer at less than 50 feet. We had our 3 year old with us so we took our time and stopped to look at all the interesting things we were finding.

After .8 miles on the trail you come to what appears to be a dead end, although the trail curves around connects to the larger Pinhoti Trail mentioned above. We were doing the in and out trail so we just stopped at the cave and reflecting pool and didn’t hop on the connector to the Pinhoti.

There is a boardwalk and deck across the small pool and since November was at the peak of the North Georgia drought, the water was trickling from above and the pool was low and full of leaves. So it’s hard to judge “the view” based off this. It was pretty and definitely interesting as it’s not your stereotypical waterfall but it did pale in comparison to some of the photos we had seen of the trail and falls in advance. We could blame the drought but it may just be that other people are way better photographers than us

Once you are back on the boardwalk you can see how the small caves that were cut back into the rock. If we had stumbled onto this in the woods we would have thought it was the coolest thing ever, but because it was tucked behind a wooden deck, it also lost some of it’s luster.

Overall, this was a really good hike and one that is nearly perfect for kids. And it gets bonus points for being something that you don’t see everyday. But at the end of the day, the size and scale of the “waterfalls”, or lack thereof due to the drought, made it feel more like a walk in the woods as opposed to a waterfall hike. We would definitely do it again and will probably plan on coming in the summer so that we can take the kids out on one of the paddle boats and do some fishing. Just don’t expect to be awed by a massive waterfall.

I would also suggest doing this hike in the spring or fall as the secluded nature of the park would give you the feeling of being completely alone in the woods at it’s prettiest moments. 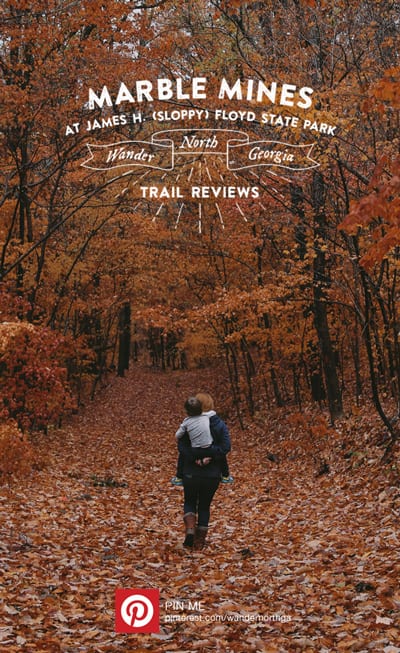 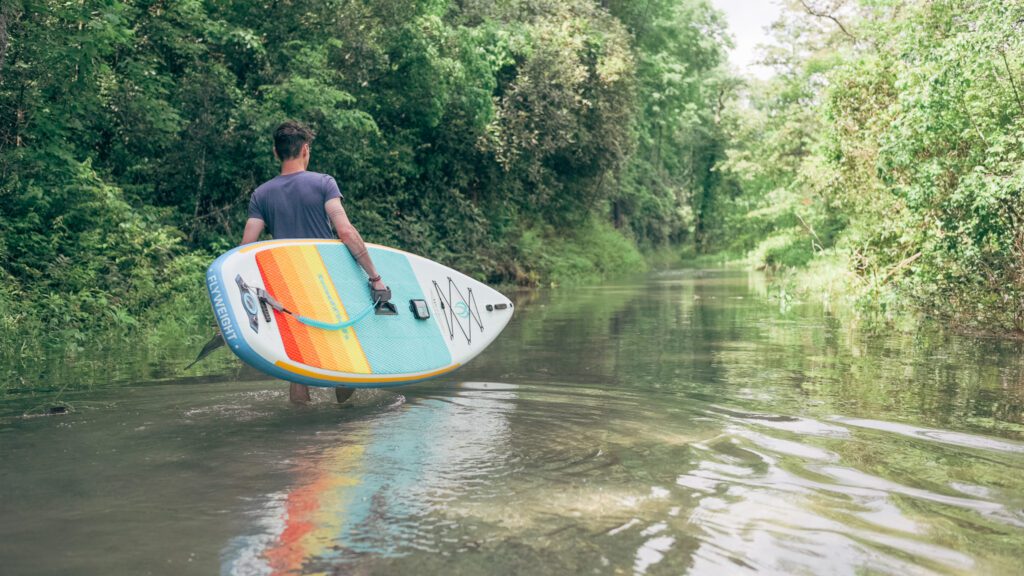 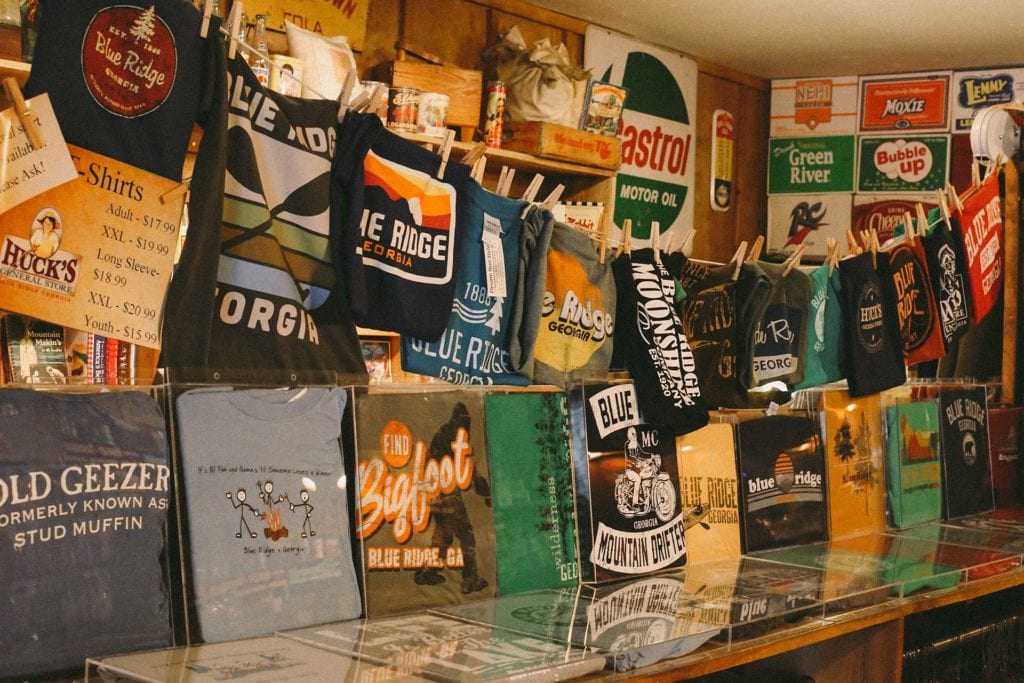 A Little Slice of Americana at Huck’s General Store 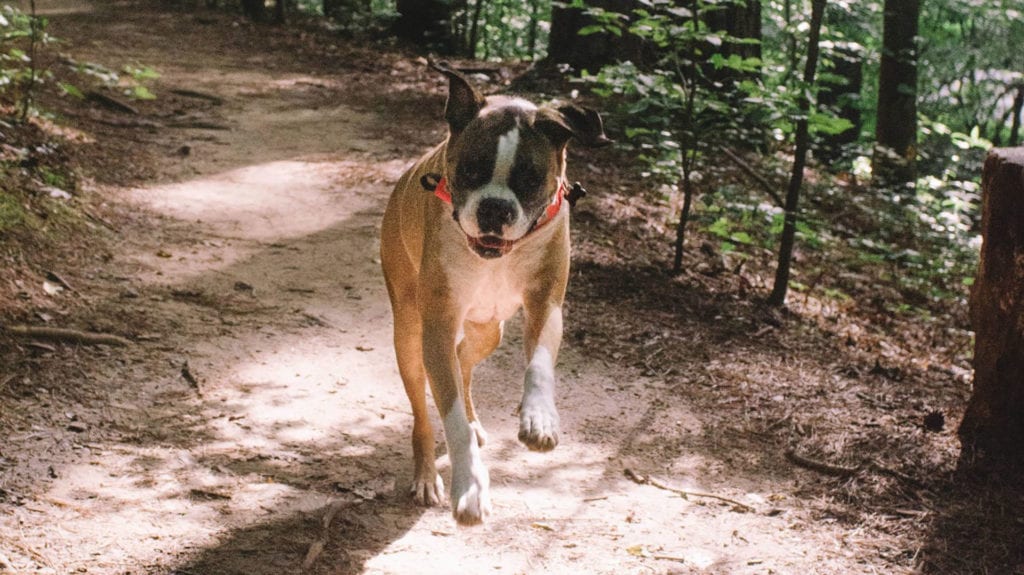