The Legacy Of Deliverance In The North Georgia Mountains

If you haven’t seen Deliverance, let us give you a quick recap. It’s about four friends from the city of Atlanta who come up to the North Georgia Mountains to canoe down the Chattooga River before a dam is built which will flood the river and destroy it forever. The trip is their attempt at enjoying nature before it is gone and as a way for them to prove their manhood. As the trip down the river progresses, the four friends run into “mountain men” who attack them. The movie is part thriller, part drama, part horror . . . and if you live in the North Georgia mountains, mostly science fiction in how it paints local residents as hillbillies. It spawned catch phrases like “Paddle faster” and “Squeal like a pig” – the first mountain memes. For better or worse, it is a piece of culture that will forever be intertwined with the North Georgia mountains. 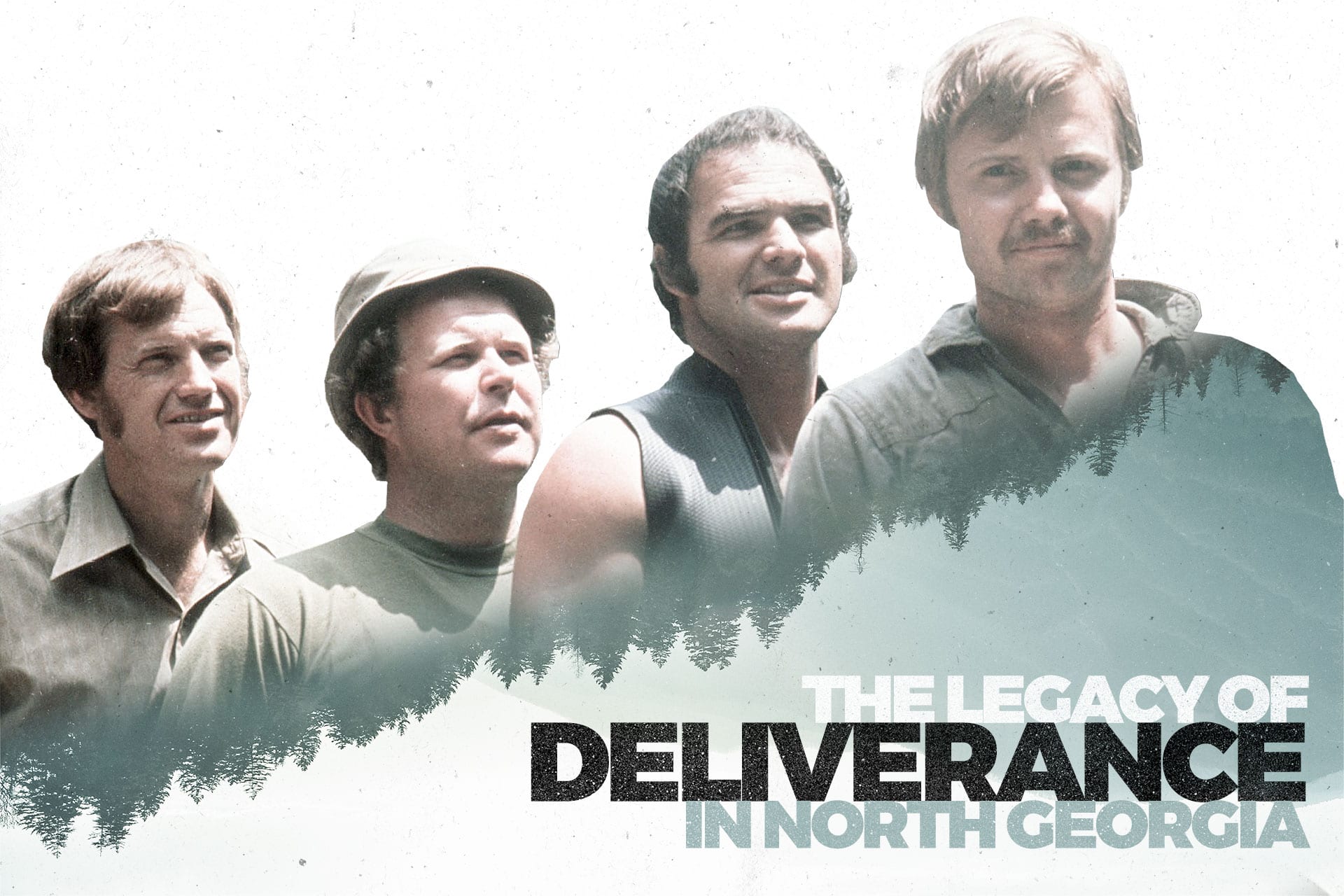 My first North Georgia camping trip was on the Chattooga River. I was a young twenty-year old and had just moved from the coast of Alabama to Atlanta. So my friend and I made the drive up with a tent, a couple of Wal-Mart sleeping bags, and a bag of pretzels. That was about it. We had picked up one of those North Georgia hiking books at some chain book store and looked for a trail that was an easy hike, yet had some beauty and seclusion to it. When we found a little spot between that promised to let you camp on the river, we figured that was as good a spot as any to take our first camping trip in Georgia. It wasn’t until much later that we learned we actually camped on the exact spot that the infamous squeal like a pig scene was filmed.

I have only seen Deliverance once – twenty years ago. But that was about all I needed to get the point. The damage was done to my perception and stereotypes were created and reinforced. The mountains were bad. The people who lived there were worse. And if you were not careful . . . you were going to end up in a very, very bad situation.

Unfortunately, it took me years to learn that this view of North Georgia was pure make-believe and full of exaggeration.

Deliverance certainly isn’t the first or even the only piece of popular culture that pokes fun at “hillbillies”. From King of the Hill to The X-Files to Joe Dirt to seemingly half of all the horror movies ever made, every time you see someone from rural Appalachia, you see something that is more fantasy than truth. The locals that call the mountains home are painted with broad and inaccurate strokes. Uneducated. Territorial. Poor. Illiterate. Drunk.

If movies like Deliverance were your only source of information, you might be right. But beyond the stereotypes and myths, there is a much different community that has called the North Georgia mountains home for centuries.

Let me be up front though . . . North Georgia has some real challenges. Drugs like heroin and meth have a strong foothold in our communities. The economy struggles along without having a solid infrastructure that can create bigger and better paying jobs. The infrastructure and access to basic things like high speed internet, living wage career paths, and healthcare can be challenging. When you can’t get internet at your house or have to drive over an hour away for labor and delivery, you realize how many things people in the city take for granted. These problems are not North Georgia’s alone but they are our issues nonetheless.

But the communities that call North Georgia home are hard at work. They have their sleeves rolled up addressing these issues and are working at making this a better place to call home. The people here are good people. Hard working. Loyal. Caring. Generous. They have been good stewards of this place long before people like me showed up on the weekend to hike and camp. So they can be stand-offish at times and for good reason. We can trust them but they are not sure if they can trust us.

Like in Deliverance, their home is taken over on the weekend. They live in a world where the best pieces of land are owned by out-of-towners. They live in modest homes and try to get by while expensive cabins sit empty most of the year. Their grocery stores and roads are empty five days a week. They have the waterfalls, trails, and hunting land to themselves during the week only to hope and trust they are kept safe and protected on the weekend.

Just because they are reserved does not make them hillbillies. It makes them humans. And until we can see this place through their eyes we will never see them as such. Long before my family visited here and moved here, they have lived here. They have been stewards of the land. Protected the wild places. Cared for their neighbors.

After my first weekend of camping along the Chattooga River, I began camping and hiking hundreds of times all across the North Georgia mountains and into Western Carolina. Because popular culture had already taught me by this time to fear “hillbillies” . . . dirt roads would make me nervous. I would tighten up if I went anywhere new. I would sleep with one eye open in the more remote spots. I would look down on people when I was in a store or at a restaurant. I was convinced that if I made a wrong step, that I would be in trouble. Every time I went somewhere and felt uncomfortable, I would repeat all the bad jokes and stereotypes about “banjos” and “squealing pigs” and “paddling faster”.

But I was wrong and I’m embarrassed to admit that my fear and prejudice were shaping my reality as opposed to the truth. All this time I was the ignorant one. 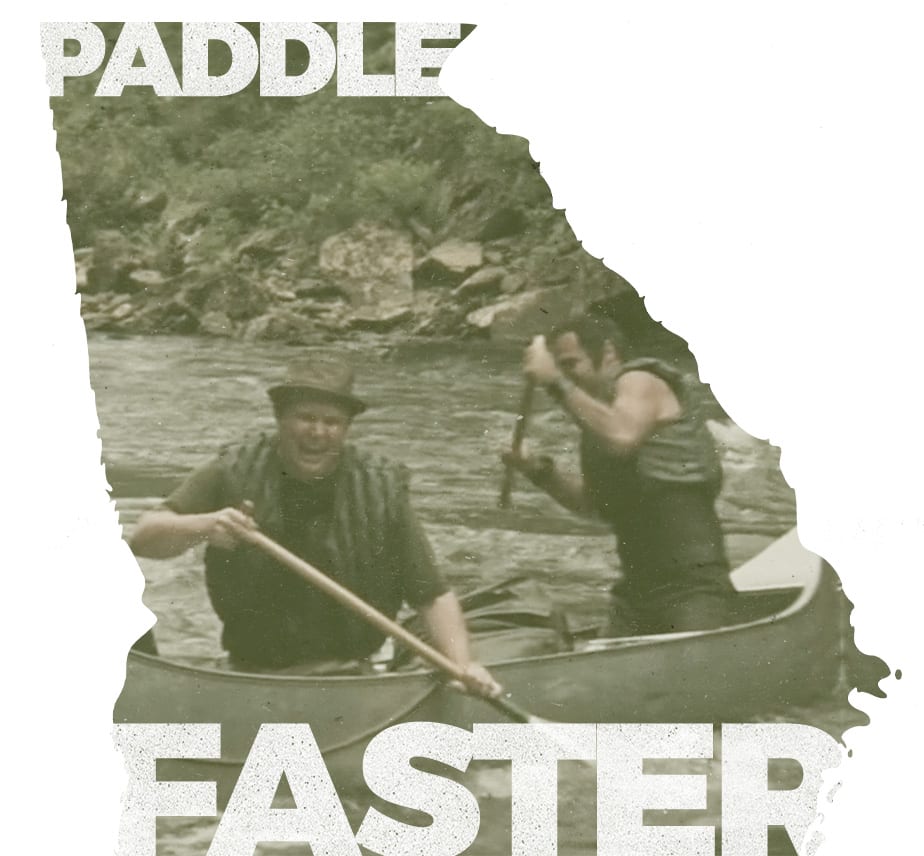 It did not happen overnight. But I began to realize that paddling faster wasn’t going to help me. That if I was going to continue to visit and use these mountains as much as I had been, that I was going to have to learn to appreciate the people as much as the beauty and wild nature of it all.

So I began making eye contact. I began calling strangers by their name. I began asking them questions. I deferred to them for suggestions on where to hike, where to sleep, where to eat, where to shop. I now treaded lightly – not out of fear but out of respect. I wanted to help be a part of the rich community of North Georgia and part of its future. The only way I saw to do that was not to paddle faster but to slow down and work my way into the natural rhythms of these great communities.

Fittingly enough, I moved mere miles from where I first hiked and camped along the Chattooga River over twenty years ago. North Georgia is now my home after a decade of coming up seemingly every weekend from the big city. It is not a perfect place. There are real and challenging problems. But these are the same things I would be struggling with anywhere else I chose to live.

The difference now is that these people are my people as much as any other place that I have lived. We won’t always agree. We will probably differ on some big and small issues. But they are my people as long as they’ll have me.

And I know this . . . they aren’t hillbillies. While Deliverance may have left its mark on North Georgia, it’s not the final word. Its legacy is still being written. My hope is that I can be a part of the proud tradition of this place. My hope is that you can be as well.

For more reading, see the excellent An Oral History of Deliverance or the scathing critique The Deliverance Stigma. 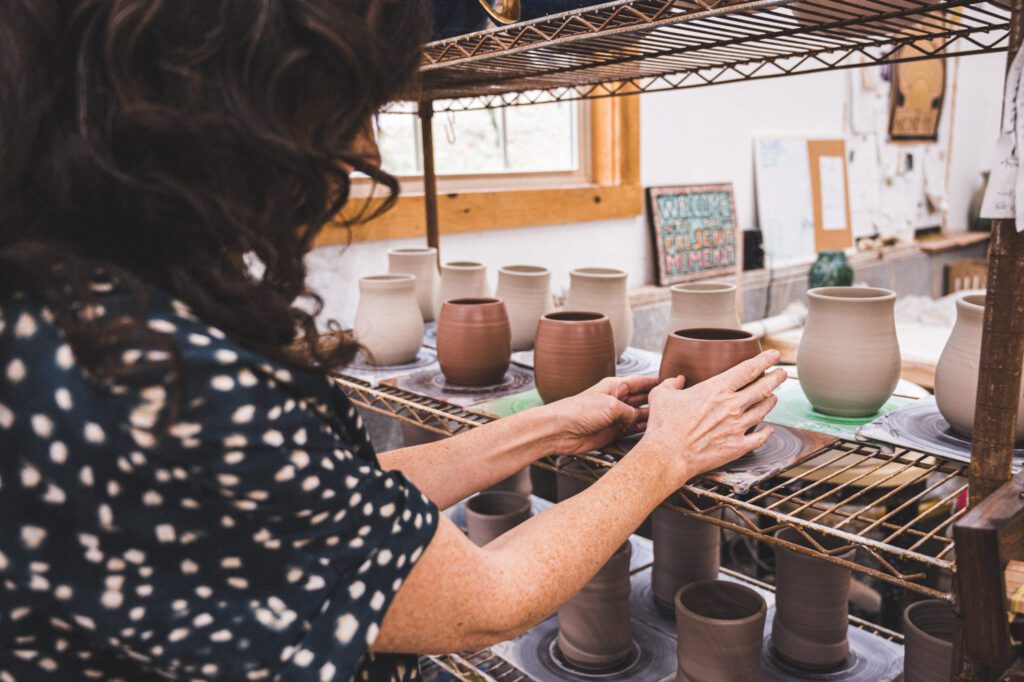 Meet the Maker: An Interview with Ester Lipscomb

Southeastern Expeditions on the Wild and Scenic Chattooga

The 12 Best Places To Go In North Georgia by Month